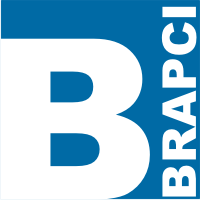 Abstract: This article investigates climate science as a cultural object. By pursuing the âlogic of its aporiasâ, it is shown that climate science emerged at the confluence of the objective development of the means of production (constituting a âplanetary general intellectâ) and the countercultural movement of the 60s, which put ecology at its center, but was broader than mere âenvironmentalismâ. This resulted in the emergence of new forms of sensibility and a qualitative transformation of the natural sciences, which recognized the autonomy and complexity of nature. The constitution of climate science is reconstructed by taking the IGBPâs Amsterdam Declaration as historical archive, and by discussing biographical aspects of representative scientists, in mediation with their work and their world-historical context. Yet, the limits of climate science are those of counterculture. Climate science and its institutions preserve aspects of the previous mechanistic science as well as remaining traces of commodity fetishism